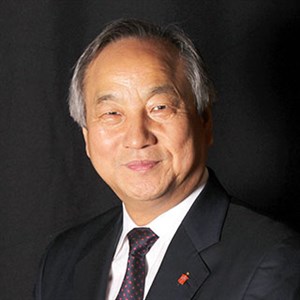 Hee-Soo Jung is resident bishop in the Wisconsin Annual Conference, and has served in this role since September of 2012. He played a key role in Wisconsin's Imagine No Malaria Campaign, which raised more than $1 million.

Prior to leading the Wisconsin Conference UMC, Bishop Jung served eight years as bishop of the Northern Illinois Conference (Chicago area). He was instrumental in inspiring the Harvest 2020 movement in Northern Illinois, which resulted in many new faith communities.

Previously, Bishop Jung served as an elder in the Wisconsin Conference, where he was a pastor and a district superintendent. Bishop Jung taught and chaired the Department of Religion and Philosophy at Kangnam University in South Korea. He also served as pastor of congregations in California, Texas and South Korea.

He is currently the president of the General Board of Global Ministries and chair of the UM Korean National Plan. Bishop Jung serves as a member of the Ecumenical Forum for Korea at Geneva, Switzerland, and is actively involved in Korea peace and reconciliation. He has served as faculty for the Two-Year Academy for Spiritual Formation since 2005, and has taught in various Five-Day Academy sessions in the U.S. and abroad. Previously, Bishop Jung served as president of United Methodist Committee on Relief (UMCOR), and as a member of the Board of Directors for the General Board of Discipleship, the UM National Hispanic Plan, the General Commission on Christian Unity and Interreligious Concerns, and the General Commission on United Methodist Men.

Im-Hyon, Bishop Jung's wife, is an elder in the Wisconsin Conference and currently serves as the director of International Relations, Asia & Global Programs, for the Upper Room/Discipleship Ministries. The Jung’s are the parents of two adult sons, Jae-Hugh and Jae-Joon, who is married to Brittney.

Giving Thanks When It Is Hard

"We have been separated physically, and this has had significant emotional and spiritual implications for people around the globe. In many ways, this is a brand new experience for the majority of us, but it is helpful to remind us of what God’s people have faced century after century throughout time.”