The following awards are given at Annual Conference. Nomination deadlines were announced in early 2020.

The Thelma W. Gregg Award is given to someone who has demonstrated Christian commitment in tireless promotion of the missionary outreach of the Church. The award includes a financial gift to be designated to an Advance project by the recipient.

The 2020 Thelma W. Gregg Award was presented to Judy Bruun.

Harry Denman Awards are given to lay, clergy and youth who are nominated by United Methodists in Wisconsin for their outstanding ministry in the area of evangelism. Harry Denman, in whose memory the award is named, was a lay UM whose personal witness and invitation may have brought more people to Christ and his Church than any other person in the last century. The award is made possible by the Foundation of Evangelism, which was founded in 1949 by Dr. Denman.

The Love in Action Award is presented by the Disaster Response Committee to recognize outstanding commitment to and passion for God's mission through disaster response and relief.

The 2020 Love in Action Award was presented to Lynette Jordan. Lynette is a member of the Disaster Response Committee and continues to be a key response link.  She is the primary contact person for the Conference with Midwest Manufacturing (supplier for blood buckets, response kit materials and other products needed by the committee or groups they are supporting).  Lynette has been the coordinator and trainer for Early Response classes throughout Wisconsin.  She is active with the work teams within Wisconsin, whether they are in-state teams or teams coming from other conferences to assist Wisconsin areas.  She goes "above and beyond" with her energy and commitment to helping those impacted by weather and other events.

The Perry Saito Award is given by the Wisconsin Methodist Federation for Social Action (MFSA) to individuals who demonstrate their loyalty to Christ through faith and work to further justice and peace through the UMC. 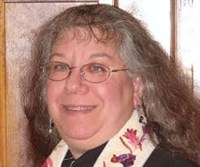 The 2020 clergy recipient is Rabbi Bonnie Margulis of Madison. She currently serves as Executive Director of Wisconsin Faith Voices for Justice (WFVJ). A rabbi in the Reform Judaism tradition, Rabbi Margulis has empowered people of faith to speak out on issues of poverty, immigration, hunger, healthcare and voting. During the pandemic, she has consistently supported having science drive decisions on public health practices, public gatherings and restarting our market activities. These initiatives have reflected well on WFVJ’s commitment to advocate for the most vulnerable in society. Through her leadership, WFVJ has championed the rights of undocumented immigrants, building bridges with the Muslim community, and promoting inter-faith dialogue and understanding. By encouraging inter-faith cooperation in serving the needs of the poor and marginalized, Rabbi Margulis exemplifies the spirit of the ministry of Perry Saito. 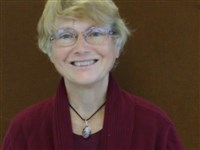 The laity recipient is Marieta Huff of Immanuel United Methodist Church in Kenosha. For over twenty-five years, Ms. Huff has been an advocate for the homeless, including hosting Open Houses for the homeless in Kenosha on Christmas Day and New Year’s Day. She has also championed the needs of the homeless at meetings of the Kenosha Common Council. Her leadership in the area of missions in her local congregation has included raising awareness of the Imagine No Malaria campaign, Midwest Mission Distribution Center, United Methodist Committee on Relief, local mission projects and missionaries in Bolivia. Huff exemplifies the spirit of the ministry of Rev. Perry Saito through the many ways she shares the gospel of Jesus Christ in word and deed.

Rev. Perry Saito lived and taught non-violence and respect for all of life. Saito’s Christian faith and commitment to peace and justice was shaped by experiences in Japanese internment camps in California during World War II. Perry Saito helped found the Fellowship of Reconciliation and was a leading figure in justice and reconciliation ministries regarding peace, poverty, and people’s rights. He entered the Methodist ministry and served at Chicago: St. Paul’s and Christian Fellowship (Japanese). After transferring to Wisconsin, he served at Beloit: First, Stevens Point: St. Paul’s-Director of Wesley Foundation, Eau Claire: Lake Street, Supt. NC District, Wauwatosa: Wauwatosa Avenue, and Neenah: First.

In 2020, the Wisconsin Annual Conference gave the Francis Asbury Award to Michael Moser.

Mike was born in Ohio and received his BA from North Central College in 1970 and his MDiv from Garrett Theological Seminary in 1973. After seminary, he served in a local church in the East Ohio Conference before being called back to North Central in 1975 to work in Admissions, specifically with the Wisconsin and Northern Illinois conferences. He then served as campus minister for five years. Mike served at Aurora University (2002–2010), first in Development and then as VP for Student Affairs. From 2011 through 2017, Mike assisted Garrett ETS with fundraising. He also began his membership on the Wisconsin BHESM, eventually serving as chair (2016–2020). Mike and his wife, Judy, live in Walworth and are members at First UMC Whitewater.

Mike exemplifies all that the Francis Asbury Award celebrates. On its own, his life of ministry and service in the field of higher education qualifies him for this award. But there is more. Mike offers gracious and gentle leadership and encouragement everywhere he serves. He works behind the scenes, fostering and deepening relationships with student leaders and leaders of students. He is both humble and smart, both seeking and knowledgeable. All of us who have worked with him on BHESM are better people for having known him. Thank you, good and faithful servant.

The Lois C Olsen Ministry of Memory Award is presented at Annual Conference each year to recognize and encourage excellence in archival and historical work in our local churches and our Annual Conference. Lois was the driving force behind the collection of so many local church histories, records, and stories from our Wisconsin Conference. The award named in her honor is meant to identify and inspire those Wisconsin United Methodists, especially at the level of the local church, who through their efforts have made significant contributions to the preservation of the records and stories that define us as a faith community.

Linda has done an outstanding job as church historian in Norwalk for the past ten years, building on a tradition started by Doris Young. But Linda has worked to expand the ministry of memory in her churches by emphasizing the stories, both past and present, that define those churches--in the church newsletter that she also edits. Thanks to her dedication, the special story and history of these churches is being saved and promoted. As Linda herself summarized it:  “These churches have a long history of serving this area of Wisconsin in spiritual needs. Their love of God, their service to God is so evident, not only in the buildings they built, but in the works that they do. The people have shown this by being very present in many community activities in Norwalk and the surrounding area.”

Linda also prepared a celebration of the past efforts of the women of these churches who were active in the UMW and earlier predecessor women’s organizations. After organizing years of minutes from these groups, she was able to present the story of the congregation and its activities, dating back to the 1920s, and highlight the role of many individuals as well. Linda shared this story, and the broader history of the Norwalk churches with our Conference, in the Commission’s publication Flashbacks. This award was particularly meaningful to Linda because it built on another connection with Lois Olsen. Lois lived for some time in Norwalk, and was part of the Emmanuel Church, when her father, the Rev. Clifford Olsen, was pastor of that church. Lois and Linda later met at the Commission on Archives and History Archives Retreat.

Linda has been active for many years in a host of different church committees and teams, but her role as church historian is one that stands out, and the Commission is very happy to honor her faithful work with this award.